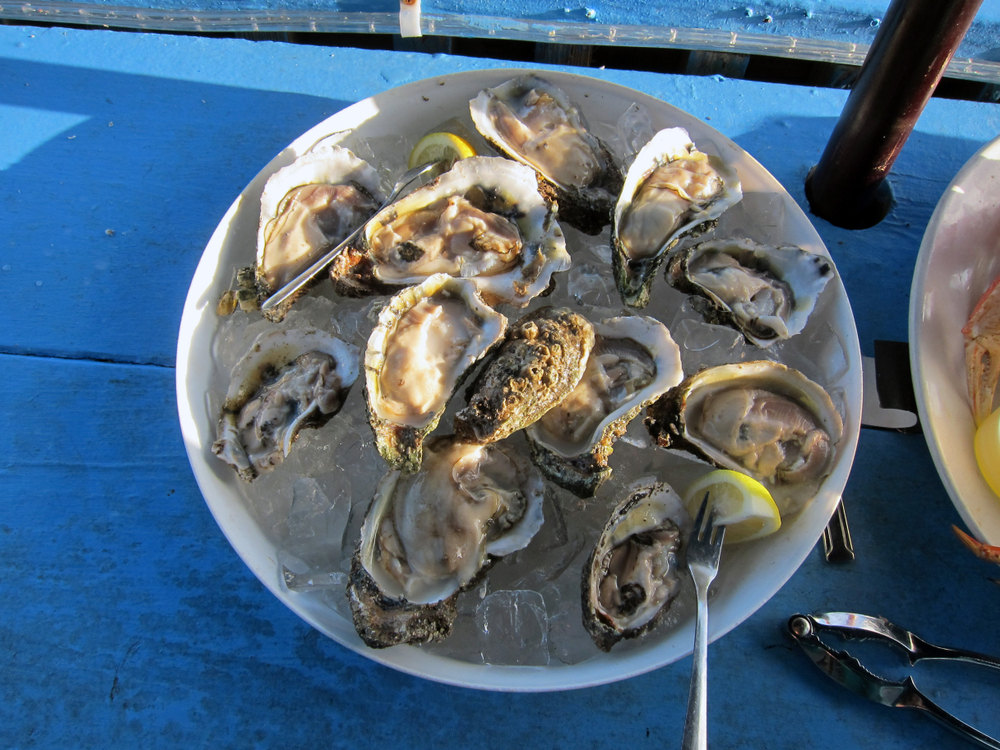 Florida shellfish is best consumed (according to lore) in the months with the letter “r.” As it’s officially oyster season in Florida, we thought it was only appropriate to let our guests in on the best places across the island for raw fare. Here’s a look at where to go for the best oysters.

This corner spot on Fleming Street serves Florida seafood from its raw bar. Apalachicola oysters are some of the best in the nation, and the Thirsty Mermaid is known to carry these salty gems. This is off most tourist’s radar and a great spot to order small plates with a craft beer or a glass of wine – the Thirsty Mermaid has an excellent selection.

This was an obvious choice, but the folks at the Half Shell really know what they’re doing. Order Gulf oysters raw or steamed (also available with garlic cream) or a bucket of steamed clams, grab a draft beer, and enjoy the scene of the Key West Bight. The Food & Wine Magazine recognized the Half Shell for having the best local oysters, so chances are they won’t let you down.

For a wider selection of oysters from Prince Edward Island to Louisiana, consider Alonzo’s Oyster Bar. This seafood restaurant serves excellent fare beyond what’s available at their raw bar. They also have one of the best happy hours on the island, which runs from 4 to 6:30 pm daily.

With excellent deals on raw oysters and the best bloody marys in Key West, Two Friends is hard to pass up. For more raw eats, the peppered tuna salad is a popular option, served on romaine lettuce with avocado. Order some freshly-shucked oysters or peel ‘n eat shrimp in a laid-back, easy going atmosphere.

Tucked away off the Key West Bight, this casual eatery is a bargain spot to get oysters at $1 a pop. White Tarpon is also known across the island for serving the best Key Lime Pie martini, so make sure to try that out for a liquid dessert.

Hungry for an eclectic food scene? You won’t find anything like the local eats of Key West. Check out rates at 24 North Hotel.